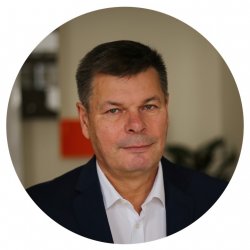 Petr Hruška is the Managing Director and Partner of the Kienbaum Prague and CEE Region.

Petr is an accomplished executive search and assessment professional with extensive global working experience. During his consulting career he has become an important partner for managers of both local and international companies, from family-type companies to large global corporations. His specializations include primarily automotive industry and machinery, publishing and media, as well as FMCG and logistics.

Petr speaks German, English and Slovak along with his mother tongue Czech.