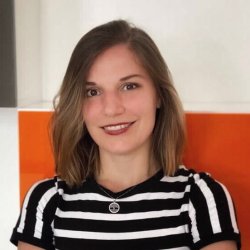 Sabina Vokálová works for Kienbaum und Partner GmbH, Prague as a Head of Research. She has been promoted to that position after two years of great work as a Researcher.

After finishing her bachelor studies at University of Economy in Prague she decided to move in Vienna, where she obtained a master’s degree in Leadership in Tourismus at FH Wien bei der WKW. She gained work experience in Vienna and in London, as well.

She speaks German and English.